Hello everyone! I'd like to start this post by giving a huge thanks to all of you who played the game. The Gravity Box just hit 500 downloads! This means the world to me.

I'm also very thankful for all the people who sent in their ratings and feedback. Feedback is one of the most important things to me since it allows me to improve the game and see if people are actually liking it, so it's the only thing I actively ask of the players! Liked the game? Tell me! Hated it? Tell me! Do you have ideas, suggestions, bug reports? Tell me!

Now, on to the real post. My future plans for the game.

If I were to point out the main issues of The Gravity Box they'd be that:

Here's what I came up with:

The current UI is a bit strange. The settings and some tools are mixed together into a huge side panel, nothing has tooltips and there's no clear border between UI and the game. The "hotbar" tools are nameless and not explained at all.

One idea I had was to remove the "hotbar" entirely and move the tools to another panel. It would allow for more options such as the launch speed and whether things should auto orbit (yes, I do plan on adding that!). Something like the image below (JUST A CONCEPT): 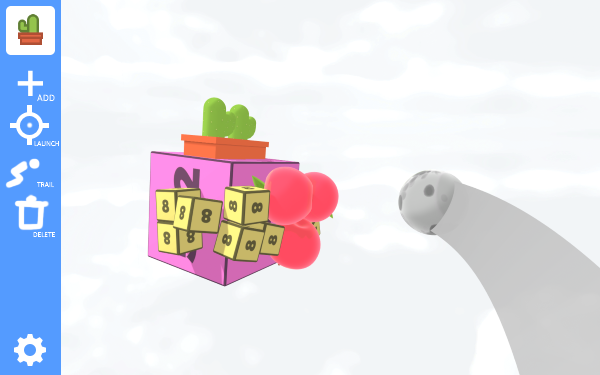 Another very important feature I want to add is a more complete tutorial, explaining the controls and what you can do with each tool. It would look something like this: 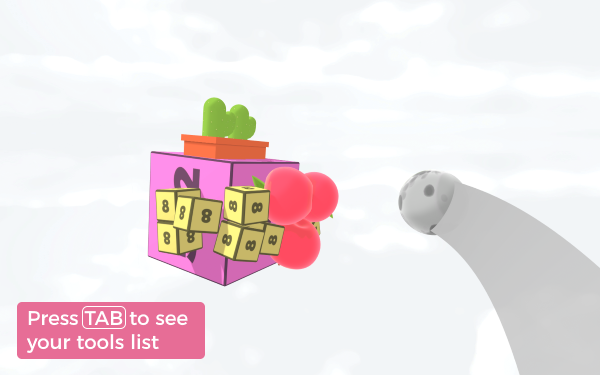 The Gravity Box is, by nature and design, a simple game. Place objects, and watch gravity attract them as if they were little planets (or if they were just really, really heavy). But that doesn't mean we can't have features to make the experience more enjoyable!

Here are some of the things you can expect:

And some other smaller features:

To conclude this post, I want to talk about something important.

The game is currently, as you know, free. You can pay it if you wish to directly support me, but you are not required to do so!

I'm a single person working on this. It took me over one year designing, planning, developing, testing and doing all the artwork (other than the music) used in the game. I know we all love free games, but I've worked really hard on this (and will continue to do so) and some financial return would be really helpful. Earning money was never my main goal, but it sure is a huge incentive to continue development.

But don't worry, if I end up making The Gravity Box a paid game, there will be a free demo version. It won't have less content than what is currently available! The full game, that will keep receiving content updates, will probably not cost over $5.

The goal of many indie developers is to be able to put their game on Steam. I do share that goal. Steam is a great platform that we all are familiar with and that has many useful features, such as auto updates and achievements. That goal is very far away at the moment and I'm not even sure if it will happen. But if it does, it WILL stay available on itch.io, receiving updates!

As you can see, I can see a lot of potential in this little sandbox game. If done right, it could become huge. I'm hopeful for the future, but there are still many challenges ahead!

Please share your opinions and thoughts. And as previously mentioned... feedback is the thing I need the most right now!

Get The Gravity Box

A sandbox game about the gravity in the little things

I have enjoyed playing this game and im exited for the new features like pinning things and a realy big object. one time i spawned in a lot of the current largest objects and then made the largest object orbit the huge mass

That's awesome, thanks for the feedback!